It's been my week to rediscover anthologies. Years ago, I tried reading several anthologies. Two or three of the stories were good, but most were just sick and twisted. Too many authors tried to be edgy and push the boundaries far past good taste or decency. I gave up on anthologies. I've tried several since then, mostly because I had friends with stories in the collections. Their stories were good and enjoyable but the rest of the anthology lived down to my expectations. I found a few good stories, but most were trash. One of the reasons I hate anthologies is because most of the stories fall well in the R-rated area for language, sexual scenes, or extreme violence.

So it was with trepidation that I picked up these two. I am happy to say I was pleasantly surprised by both of them. 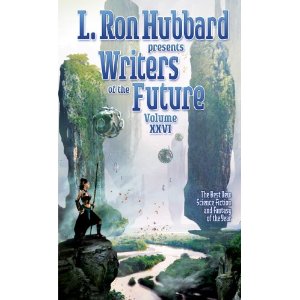 Writers of the Future is an organization started years ago by L. Ron Hubbard to promote new talent in SF/F. This volume, number twenty-six, features the twelve story winners for 2009. Brad Torgerson, a friend of mine, was one of the winners. His story, Exanastasis, was quite enjoyable. It's an interesting twist on the Adam and Eve story. I decided since I owned the book I might as well try the other stories. I wasn't expecting much. The stories delivered much more than I anticipated. Every one was enjoyable, thought-provoking, and well-written. The majority are science fiction. The story premises are original. It's encouraging to see real talent being displayed. 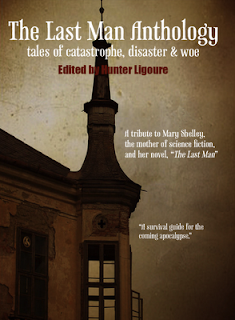 I have a copy of The Last Man Anthology because I'm one of the authors. I was thrilled when they accepted my story, but I have to confess, writing it was a stretch. I don't do catastrophic or dystopian stories. I like my stories happy, at least by the end. I hate books where everything is bleak and hopeless. This anthology celebrates the End--of the world, of humankind, of bookstores, of you-fill-in-the-blank. I expected it to be dark and depressing but it isn't. The stories are beautifully written, haunting in their imagery. The emotions behind them range from anger and dismay to acceptance and hope. And yes, there are a couple comedies included.

This book really is a beautiful collection of short stories and poetry. I'm honored to be included with notable authors Ray Bradbury, C J Cherryh, Edgar Allen Poe, as well as contemporaries both known and unknown.

These are two anthologies that won't disappoint. Both are well worth the time to read.

Email ThisBlogThis!Share to TwitterShare to FacebookShare to Pinterest
Labels: anthologies, book review, the last man anthology, writers of the future