This is like that white salad dressing served in Thai, Japanese, and Sushi restaurants.
Sweet Asian Dressing
1/2 c. mayonnaise
5 T. rice vinegar
2 T. sugar
2 T. sesame oil
1 T. soy sauce
1/4 t. garlic powder
Mix everything together using a blender or a mixer. Cover and refrigerate for an hour before serving.
Makes about 1 c.
No comments: 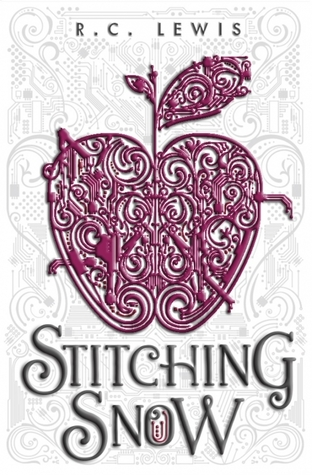 I found this at the library. The cover caught my eye and the title was weird enough I picked it up to see what it was about. SF re-telling of Snow White? Might be interesting. So I took it home.

The first few chapters threw me off. Too much new world without much explanation. The storytelling felt jerky and rough. Once I got past those chapters and got into the story and the world, I enjoyed it.

It's a re-telling of Snow White, in space, with mining robots instead of dwarves. I liked the author's take on the characters. The mining robots were my favorites. It was a solid space opera story with good characters and an interesting storyline.

The romance was kept light and mostly in the background.

The only part of the story I really really disliked was the abuse that was hinted at from her father, then made more explicit towards the end of the book. That was too heavy. In my opinion, it wasn't needed. There was enough serious story with several characters dying and the theme of dealing with grief both past and present.

This is definitely not a Disney version of the fairy tale and not a younger kid's version. I did enjoy it overall, despite the flaws.