Happy Birthday to Me

It's my birthday week and yes, I'm trying to get back on schedule with the blog posts.

So I'm sharing some of my favorite birthday videos:

Email ThisBlogThis!Share to TwitterShare to FacebookShare to Pinterest
Labels: birthday time, off hiatus

Please welcome guest chef and author C Michelle Jefferies to The Far Edge of Normal! She also wrote the guest blog post today. So, in her words: 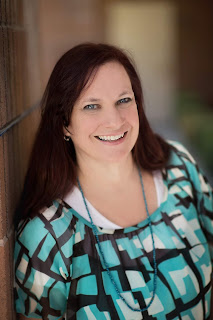 For as long as I remember, I have wanted to be an author. I’ve created stories, worlds and people in my head since I was young. Since learning my way around a kitchen as an older teen I have also had a love of cooking. My greatest love in the writing world is futuristic suspense, which I often times describe as “James Bond in the future”. While my two greatest loves in the culinary world are a traditional English tea, and Asian food.

My two published series are Futuristic Suspense, with my most recent work being DESCENDING and the other books in the Ashes series. It follows the Chrysalis series main character Noble’s son Ashby as he navigates his teen and early adult years.

All he wants is to fly.

Ashby Standing has it all planned out. Prove his ability to captain a starship in the simulator. Then enter the Star Captain Academy a year early skipping another hellish year of being bullied at school.

When a new street drug proves fatal, taking the life of Elija’s son Nicolai. Noble has no choice but to step back into his role as an agent for Trinity. In spite of his age and his other duties. Including coordinating a twenty year celebration for the colonization of Caledonia.

After losing Arial, Lyris is hyper focused on making sure all of her children are safe and protected. Even if it skirts what is legal or moral.

Everything converges into a complicated mess as moral obligations, desires, and ego’s battle for dominance and for some, descending into the depths of dark is the option seems the best choice.

Lately, my love of food has meandered it’s way into my stories and books. Finding that if I or my characters are hungry, bored, stressed, my characters make and eat what I am craving. It wasn’t until I was finalizing edits and formatting my books, I realized that I had incorporated several of my favorite foods into the stories I wrote. Enough of them, as I catalogued them, that the thought of making a “Chrysalis and Ashes series cookbook” was completely possible.

So, if you want a great futuristic read with lots of good food mentioned, Check out the Ashes Series starting with Descending.

Here is a recipe from Blue Moon, the novella in the Ashes Series. It’s a scene where Porter comes home to visit his mother and she is making squash (Zucchini) bread. Since it is summer, and the infamous green squash is pretty much everywhere, it felt like the most appropriate one to share with you.
Chocolate Zucchini bread

Mix together, then add:

3 c. flour
1/4 t. baking powder
1 t. baking soda
3 t. cinnamon
2 T. baking cocoa
Pour into greased bread pans and bake for 60 min at 325°F.
C. Michelle Jefferies is a writer who believes that the way to examine our souls is to explore the deep and dark as well as the shallow. To manipulate words in a way that makes a person think and maybe even second guess. Her worlds include suspense, urban fantasy, and an occasional twist of steampunk. When she is not writing, she can be found on the yoga mat, hand binding journals, dyeing cloth, and serving ginger tea. The author and creator divides her time between stories, projects, and mothering four of her seven children on the wild and windy plains of Wyoming.

Check out her books and more!