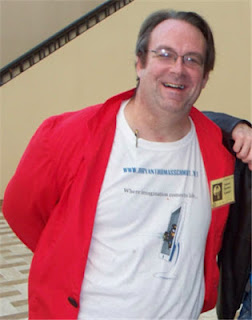 Bryan Thomas Schmidt is the author of the space opera novels The Worker Prince, a Barnes & Noble Book Clubs Year’s Best SF Releases of 2011 Honorable Mention, and The Returning, the collection The North Star Serial, Part 1, and several short stories featured  in anthologies and magazines.  He edited the anthology Space Battles: Full Throttle Space Tales #6 for Flying Pen Press, headlined by Mike Resnick. As a freelance editor, he’s edited a novels and nonfiction.  He’s also the host of Science Fiction and Fantasy Writer’s Chat every Wednesday at 9 pm EST on Twitter under the hashtag #sffwrtcht. A frequent contributor to Adventures In SF Publishing, Grasping For The Wind and SFSignal, he can be found online as @BryanThomasS on Twitter or via his website. Bryan is an affiliate member of the SFWA.

Today, he's telling us about food in his space opera saga: The Saga Of Davi Rhii

First, a little background to the stories. The Borali Alliance governs a system of thirteen planets and twin suns, Boralis and Charlis. The planets revolve around the larger sun, Boralis, but because of gravitational effects, when they reach their rotation cycle that brings them closest to Charlis, they have a second summer, briefer than the main summer, but fraught with earthquakes, tidal waves and many other nasty side effects. That’s mostly the habitable planets, mind you. There are a few so far off that everything’s frozen. That’s right. So the effects there have less impact on population and take a different form. There are two Earth-like planets in the system, a couple of rocky planets just beyond, two ice planets, one of which has been terraformed into a domed resort planet that everyone loves—imagine what developers might do with Pluto or Uranus if they had the tech, for example—and a water planet closer to the sun. Naturally, there are many different races and cultures which inhabit these planets, despite the Borali Alliance being dominated by humans. As a result, the environments and biologies of these various groups come into play with diets. Nonetheless, there are some mainstays there, so let’s take a look at those.

Now it’s important to note that the dominant species, humans, colonized the system decades before as refugees fleeing persecution on Earth, so they did bring some things with them and they do have some tastes inspired by that ancestry. Still, what you can find often determines what you can eat so there are some unique staples  in the Borali peoples diets. Let’s break them into three classes: meat, fruits and vegetables and beverages. 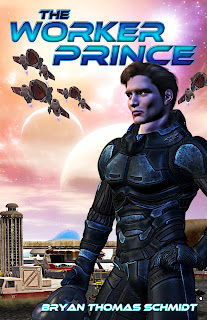 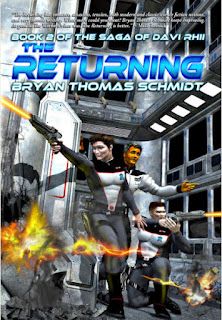 Meats:
Most of the animals in the Borali system are native and thus have replaced the staples from the historical diet on Earth. These are the most common.
Daken – large, blue, predatory birds, coveted for their beautiful feathers. These are as abundant on some of the system’s planets as chickens on Earth. Although not easily domesticated, they can be farmed and raised for their meat, which is quite tender and juicy and a mix of white and dark. The broth from their meat is often used in soups and other recipes. And since they are both available in abundance and quite sizable, somewhere between ostriches and large turkeys, a single bird can feed a family for several days, if not a week.
Gungors - six-legged brown animals with yellow manes raised for their tasty meat. Gungors are stupid and spend most of their time fleeing from one predator or another. Even the Daken often gang up to feed on them. Gungors live in herds and are a mainstay in agricultural plantations or compounds. They have to be fenced for their own protection to avoid them wandering off and protect them from getting into other issues that may cause them harm from their own sheer stupidity. They are, however, tasty to eat and the meat from them can be divided into many types of cuts and put to many uses. When ground, it can be cooked with various sauces or condiments for quite a tasty selection of options.
Krikees (Krikatrus) - The grunts and whines of these Eleni bovines are call and response patterns almost resembling echoes as the animals talked to each other. These are the cows of the moon Eleni, Legallis’ principal moon, and they are raised by farmers specifically, although a few herds do still exist in the wild. Their scientific name is Krikatrus but they are more commonly referred to as Krikees as much for the annoying habits they have of getting in the way of citizens than anything else. Only slightly more intelligent than Gungors, these bovines are also large enough that many different cuts can be taken from their bodies and used in a variety of ways. Sauces, condiments, almost any vegetable, they go with anything.
Qiwi – Antlered creatures found solely on Plutonis, with dark brown fur and white spots lining either side of their spines. Waist high on most humans, Qiwi have four long legs ending in black hooves. Their antlers can grow up to forty centimeters out from their skulls. Their meat is considered a delicacy and quite in demand, despite their limited numbers. They are not easily raised off Plutonis, an ice planet, and their thick fur is almost like bark and a challenge to remove from their carcasses for preparation. Still, they are often a prize sought by hunters and some limited number have been taken to other places and raised for food.

Fruits & Vegetables:
Tomatoes, potatoes, various beans, rice, these are all staples of the Boralian diet much as they are on Earth. But the Boralians also have some more exotic choices:
Feruca – a black fruit with a thin skin and soft pulp. Resembles eggplant, only smaller, and is often used to make pastes, sauces, jams and gelatins. Ferucas are quite abundant and have a mildly sweet taste when taken naturally, so many different spices and ingredients are used to add flavor when preparing them.
Gixi - a round, purple fruit grown in orchards on Vertullis and Italis with a delicious, tender pulp and sweet juice.  Gixi are most often just sliced or peeled and eaten on the spot, but can be used in fruit salads, desserts, sauces, jams, gelatins, etc. Quite flavorful, they are the most commonly replicated fruit flavor for seasoning drinks, desserts, etc. Gixi flavoring is big business on most planets.
Jax - A blue and oblong fruit with crispy pulp and a bitter taste, almost as popular as the Gixi, Jax are most preferred boiled and used often to add flavor since they become tart and sweeter when boiled. often used as an ingredient in salads, they also are combined with other fruits in soft drinks, fruit drinks, alcoholic beverages, jams and sauces.
Tertullian turnips - very large, conical vegetables with the pointed brown taproot converging into a round, greenish, tomato-like top. More common than other root vegetables, these are the mainstay for mashing, boiling, etc. Very good with gravy, most Boralians prefer them to less exotic Earth imports such as potatoes, a distant cousin of sorts, but the Tertullian turnips are larger and less tender until boiled, allowing for slicing and cutting into various patterns with greater ease. They originated on Tertullis, eighth planet from the sun, but proved so adaptable they were easily exported for growth throughout the system, even in greenhouses on the less habitable planets.

Beverages:
Besides soft drinks made from the fruits and other mixtures, the biggest item important from their Earthen past are tea leaves, which are grown in abundance. Beyond that, and some alcoholic drinks and smoothies, the most common beverage in the system is:
Talis - A warm beverage brewed from beans grown on Vertullis—somewhat like the old Earth beverage, coffee. This is a mainstay of any meal throughout the system and often served in mid-afternoon or mid-morning social hours. A stimulant when consumed in larger quantities, Talis has effects similar to coffee on humans despite having no caffeine, but some of the alien species find it particularly bland and undesirable.

So those are some of the common foods in the Borali System. Probably something for everyone, if you ask me. We won’t know until space travel to distant systems actually becomes possible, but it’s fun to think about. If you want actual recipes, well, you’ll have to wait for that, too.  None were necessary to the stories themselves. Sorry.

Thanks, Bryan! It's always fun to see how other authors deal with the challenge of making up complete civilizations. It's little touches like food that make the books feel solid and real.

In Bryan’s second novel, The Returning, new challenges arise as Davi Rhii’s rival Bordox and his uncle, Xalivar, seek revenge for his actions in The Worker Prince, putting his life and those of his friends and family in constant danger. Meanwhile, politics as usual has the Borali Alliance split apart over questions of citizenship and freedom for the former slaves. Someone’s even killing them off. Davi’s involvement in the investigation turns his life upside down, including his relationship with his fiancée, Tela. The answers are not easy with his whole world at stake.