For some weird reason, I spent way too much time on Netflix months ago and added a whole long list of old movies to my queue. We're finally getting them shipped. Yeah, I still do DVDs through Netflix because it's the only way to get my fix of some of these things.

While I've enjoyed a lot of the classics, like Singing in the Rain and the Trinity cowboy movies, others have been real duds. There is a reason I never heard of them before. I'm surprised someone cared enough to release them on DVD. Or maybe they were just trying to milk the cash cow. Here are the latest two stinkers. Still very watchable compared to the more recent disasters I've tried to watch. 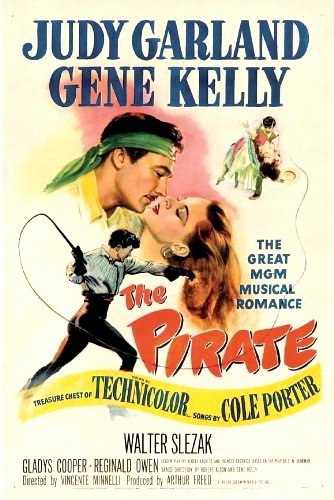 This had a decent plot idea, but it was a mess of really bizarre dance numbers, very uneven acting, and bad directing. What promised to be a fun Gene Kelley pirate movie turned into a snooze fest of epic proportions. And I kept wanting to substitute lines from Wizard of Oz for all of Judy Garland's dialogue.

If you want to watch a movie about an actor romancing the girl and saving the day, go find a copy of The Court Jester with Danny Kaye. You won't be sorry. It's a fun romp and the musical numbers add to the story. The Pirate? You won't be sorry, but you probably won't be very entertained, either. 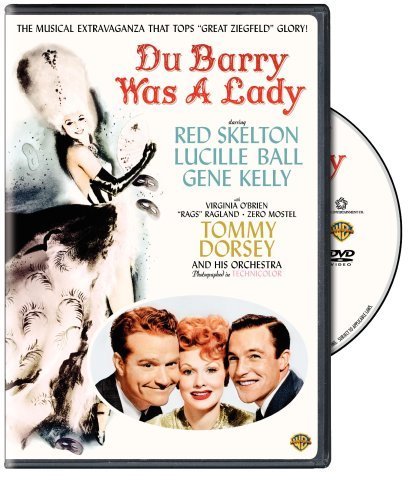 I have a secret thing for Gene Kelley. I admit it openly so I guess it isn't such a secret.

Lucille Ball threw me for a loop. I had to look up the movie to find out it really was here. She played someone much different from Lucy.

Red Skelton just looked young and not as goofy as he was in later years.

The music in this one was off-kilter and felt like they had a bunch of really fun songs they wanted to perform so they strung them together with a sketchy plot they cooked up over one two many drinks the night before. Most of the movie felt like a musical variety show with Hollywood film direction.

It was weird, slightly silly, and mildly entertaining.

The other thing that struck me about these older movies is how utterly misogynistic they are. Women are to be pretty and silent. If you aren't young and elegant, you aren't worth talking to. But then the men turned into idiots whenever a woman was present, so I guess the stupidity meter went both ways back then. In both movies, they had a long, drawn-out song about all the beautiful women which turned all those beautiful women into nothing more than pin-up posters and the men into leering lust-buckets. No class, no taste.

So, I'd pretty much skip these unless you have watching every Gene Kelley movie ever made on your bucket list.