Are you ready for something completely different? My space opera series, The Fall of the Altairan Empire, is finished and published. So I'm switching gears. I started this story a couple of years ago as a Nanowrimo project and was inspired by a book trilogy by my friend Frances Pauli (check it out here). I had no idea what I was writing or where it was going to end up. I'm happy with how it turned out. But then, who wouldn't be happy with elves in fairyland who use magic to power steampunk airships and giant robot men?

Here's a teaser for it. I'm shooting for a late August publication date. It is a stand-alone book, but the world was so much fun to play in, I might just expand it. 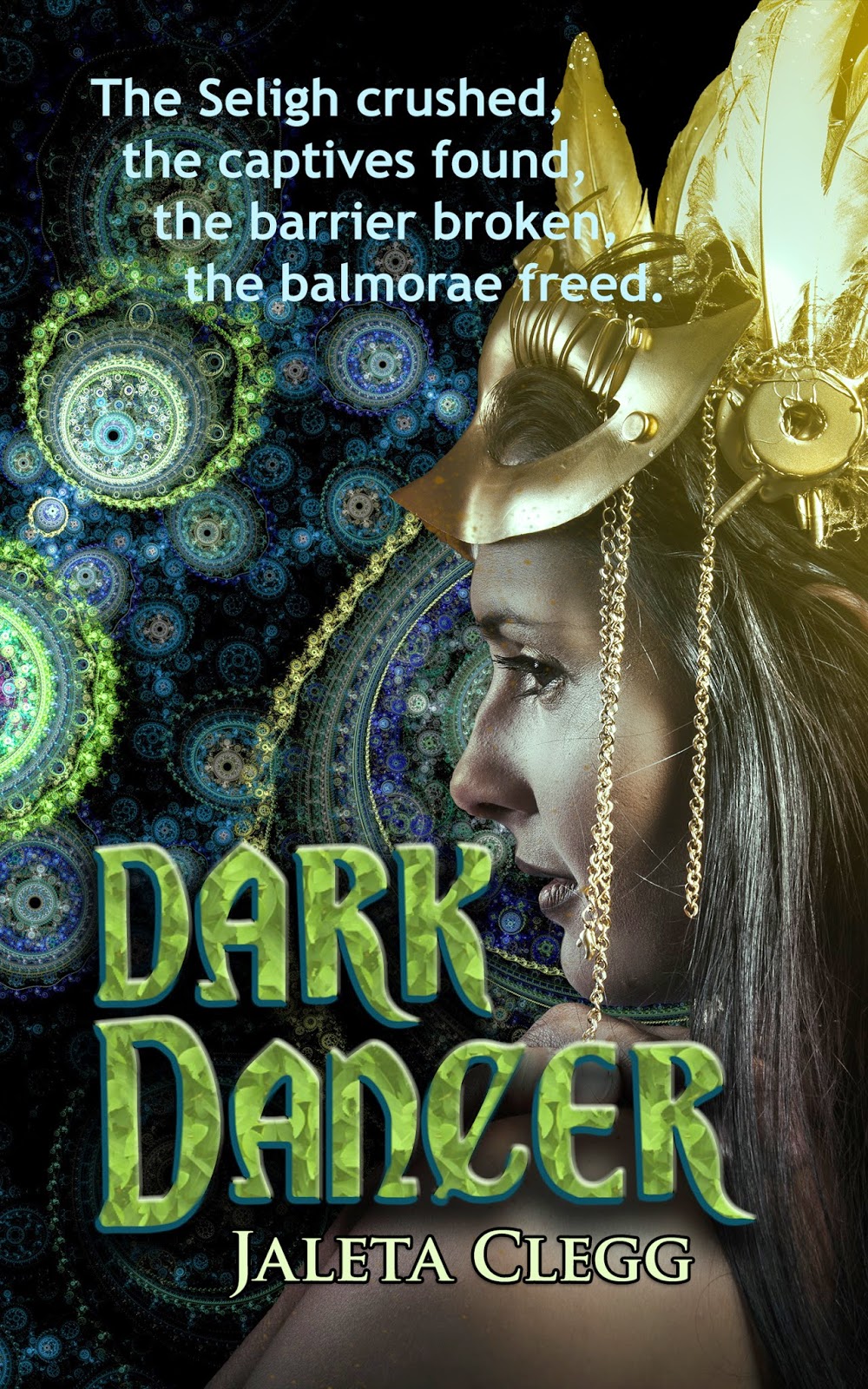 The Seligh crushed,
The captives found,
The barrier broken,
The balmorae freed.

A strange prophecy haunts the Seligh lords, rulers of the Fey and controllers of all magic in the Summerlands, a prophecy that foretells their fall.

A banished Seligh lord rules the Winterlands with an iron fist and his pets, the balmorae, patrol the borders against all intruders, guarding the secrets hidden beneath his icy lair.

A young woman rediscovers her heritage, a gift of magic and dancing that opens portals between worlds. She holds the fate of magic in her hands. All who live within the lands of the Fey must choose where they stand—beside the Dancer or opposed to her.

And trust that she won't destroy their world.