I bought most of these books. A couple were won as prizes. I don't get paid for these reviews. I use Amazon links because they are the easiest to locate. Here's what I've been reading: 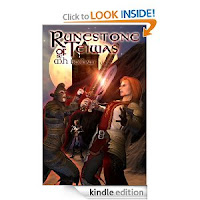 This is book 2 of a series, but that didn't stop me from enjoying the story. It's high fantasy but not a typical Tolkein world. Yes it has several varieties of elves, and several varieties of humans, but it also has demons, and the bit I found most intriguing, several main characters who were ghosts for a thousand years before being reborn to face their enemies again. The story bogged down in a few places, but overall, it was a fun read. I'll be looking for more in this series, including book 1 that I missed. 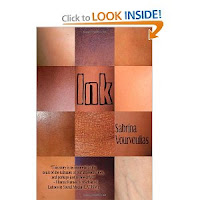 This is a near future science fiction story where the US population is required to be tatooed to show their status - citizen, legal immigrant, or illegal immigrant. It's a story that explores our perceptions of race and inequality. The story threw me off at first because each chapter switches viewpoints between six different main characters, most of them in first person. But the book is worth reading. Usually when the issue of race or prejudice is explored, it revolves around those of African descent. This book deals mostly with Hispanics. How far is our government willing to go to stop illegal immigration? How far will we allow it to go? I didn't find the story completely believable, it pushed the situation a bit far, but I did find it compelling. 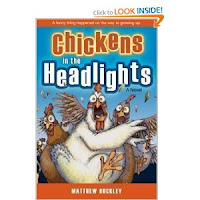 Matthew Buckley writes a fun semi-autobiographical novel about the summer he was ten. As the second oldest of seven brothers, eleven and under, chaos and mayhem rule their house despite his mother's best efforts to civilize them. Coming from a large family myself and with eight kids of my own, mostly boys in both, I enjoyed the book. His story of their family vacation rang true. I've lived through enough road trips as a kid and a parent. My kids enjoyed the book, too, even the 9yo. It would be a fun one to read aloud. If you enjoy books like The Great Brain or Tom Sawyer, you'll most likely get a kick out of this more modern version.

Rating: 4 stars, G, but be warned, it includes fistfights, chicken attacks, and lots of boy mayhem 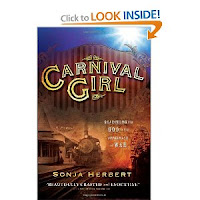 Another autobiography, Carnival Girl is the story of a girl growing up in a carnival in the aftermath of WWII. It's a touching story of finding faith and family, even if that family isn't perfect. I met the author at Costco one afternoon and bought her book after talking with her. She grew up as part of a traveling carnival and didn't step foot inside a house until she was a teenager. Her stories are a fascinating look into a life I've never experienced. 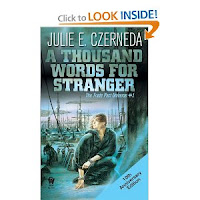 I love Julie Czerneda's stories. This is one of my favorites. Book 1 in her Trade Pact series and her first novel, it's the story of a species driven by their biology to the brink of extinction. Sira is a sympathetic main character, struggling to remember her past and understand the strange compulsions driving her to seek out Jason Morgan, human captain of the starship Silver Fox. She doesn't know who to trust and finds danger at every turn. If you enjoy hard science fiction (using biology instead of physics) with a touch of romance, you'll enjoy this book. I highly recommend anything by Julie Czerneda. 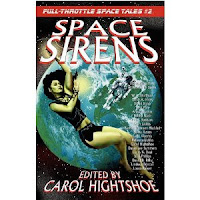 I enjoyed the stories about women in space. Ranging from a Dolly Parton-esque security guard who can kill a man thirty ways with just her pinkie finger to heavy-weight Martian spaceship crew and colonists, this collection of short stories has a bit of everything. Anthologies can be a great way to find new authors. These stories are fun and imaginative. The only thing that really bugged me about this book was the number of copy-editing errors, wrong words or misused phrases or typos. If you can overlook those, this book is a fun read.