Today I'm happy to announce a new book by Anna del C Dye. She writes some lovely fantasy stories. If you're in the mood for escaping, check out her books. And be sure to stop by the Facebook party she's throwing for her book: https://www.facebook.com/events/615939271840135/ 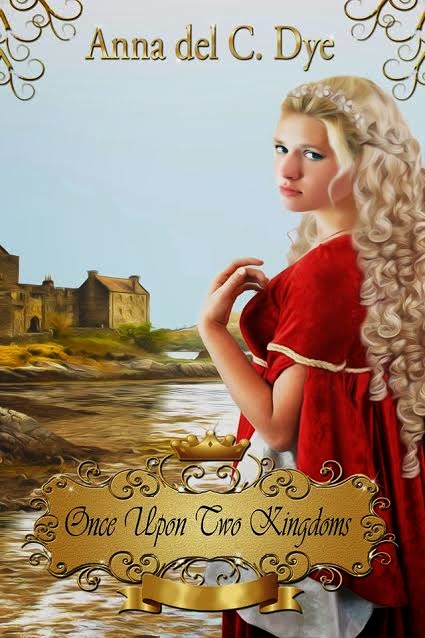 Freedom to Choose is Paramount for any human

An arrangement made when Elizabeth was just a babe ties her to someone she has never met, never spoken to, never loved. Now she desires freedom—a way to choose her own path—her own husband. The moment Elizabeth meets Patrick she knows he is her soul mate. But when you are bound to a crown how is any choice your own?

Buy your copy today:
From the author's website
Amazon

Anna was born in the extreme South along some famous beaches. She grew up with four other siblings, being placed in the middle.
Anna moved to the USA to marry her husband Rodney, and has resided in Utah since then. Her husband, a native of Idaho, met her in her hometown. They fell in love and she came to Utah on Christmas Eve to be married two weeks later. They are the parents of three princes and a princess.
Early on in her life she showed an affinity for sewing and took classes that have rewarded her with the opportunities of doing the costuming for the cast of four musicals, and Utah’s own Fantasy Con, which she enjoyed immensely. She is fluent in both English and Spanish.
Some of Anna’s writing recognitions:
She received the Editor’s Choice Award from the International Library of Poetry and had her article entitled A New American Mother, published by Desert Saints Magazine. Her short story entitled Amerine—Fairy Princess won an award in a League of Utah Writers contest later to be published by Kalkion Magazine. (Now it has been published as an e-book.) Other articles about family and relationship have been published frequently in the MOMS CLUBÒ of Salt Lake Valley-West. She has published 7 books on her Elf series. Her and Rodney’s love story was published by Deseret book in the anthology entitled Angels Round About compiled by July C. Olsen. Another of her articles was included in the Anthology Mother’s Message in a Bottle, edited by Tyler Hayden and published by Nimbus Publishing.
Links to social media sites for the author
ReadersFavorite.com
Facebook
Website
Goodreads