I feel like I keep stalling out on my writing, but at least I'm reading again. I've got a pile of books waiting on my nightstand and a whole lot more on my Kindle, if I can ever pry it away from my daughter. Here are the ones I've read recently: 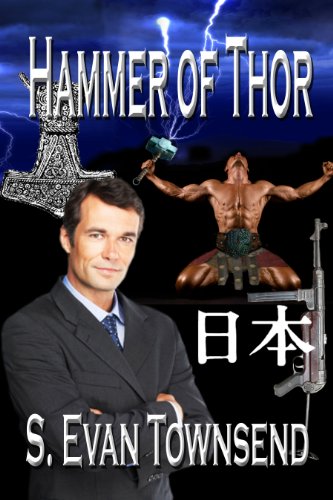 I admit I know the author and that's why I bought his books. They also intrigued me. This is the first in an alternate history/reality series. The world is pretty much the way it is now, except some people are adepts who use magical talismans to cast spells. They have their own government and hidden histories that intersect with the normal world and shadow a lot of happenings. Some of history's heroes were actually adepts. Other figures, like Thor, are actual demigods. Overall, the adepts keep pretty much to themselves, fighting each other and trying to stay under the radar of the normal world.

This book takes place from the 1930s through the 1950s. It reads in many ways more like a memoir than a work of fiction. The plot meanders, takes unexpected detours, and doesn't mesh together tightly. Some plot threads are introduced, become very important for a chapter or two, then just disappear and never get resolved. Just like real life. But I liked the main character, Kader, enough to care what happened to him. It kept me reading.

Don't let the cover fool you, Hammer of Thor was a fun read even if the memoir style plotting and storytelling bothered me somewhat. The historical details were a fun touch. Having Hitler hunting for talismans and powerful artifacts smacked of Indiana Jones, but in a good way.

I give it a solid three and a half stars and a PG for mild violence. 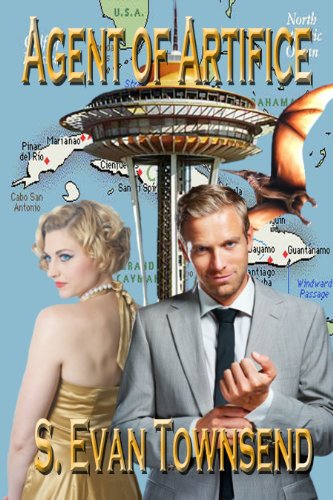 The sequel to Thor's Hammer was a lot of fun to read. Same universe, different characters, years later, 1950s through 1970s. This time, it's an adept who's been burned by his Guild and turned into a pariah. Everyone wants a piece of him. He just wants to get back to his gambling playboy lifestyle in Cuba. And find the girl of his dreams. The government wants to enlist him in the CIA, to get an adept in their ranks so they can figure out how to control the Guilds.

I liked this one better than Thor's Hammer, although I didn't like the main character as much. He was a little too self-centered for my taste. But he gets what he deserves and grows into a much more likable man by the end. Plus the story has giant fire-breathing pterodactyls attacking the Space Needle in Seattle.

This one gets four stars and a PG for violence. 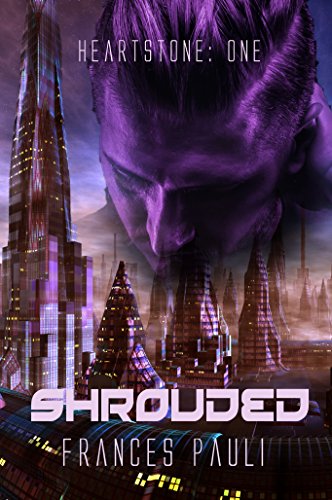 If you read this blog much, you know I love Frances Pauli's stories. She's done it again with a science fiction setting that still manages to be about magic and finding true love. She creates a very believable universe with alien cultures and races that feel real enough that I almost expect to run into them at the grocery store.

Dolfan is one of the Shrouded (from a world named Shroud for the thick atmosphere it has, a world which I found very intriguing to the point I want to write fanfic about it now). They are isolationist to the extreme, except every child born on the planet is male. So they import brides. A ceremony at their Heartstone, a giant crystal, helps them find their heartmate. It's like a giant matchmaker and speed dating all rolled together, except that description made it seem tawdry and stupid and it's anything but that in the story. I'm not doing it justice here. Anyway, Dolfan wants his bride, but he's also a Prince along with eleven other Shrouded men. The first to find his bride will also become King, so it gets complicated.

Vashia wants to escape her father's plans for her future. He's the ruling despot of a planet that deals in slaves, brothels, drugs, and every other vice and nasty thing ever invented. Vashia's dad wants to marry her off to his second in command, Jarn, to cement his loyalty. Jarn is a slime ball. Vashia jumps at the only escape she can find—becoming a bride on Shroud. It's a one-way ticket and she's not sure she's made the right choice.

And then things get complicated.

I give Shrouded a full five-stars with a PG for mild swearing and a few fistfights. 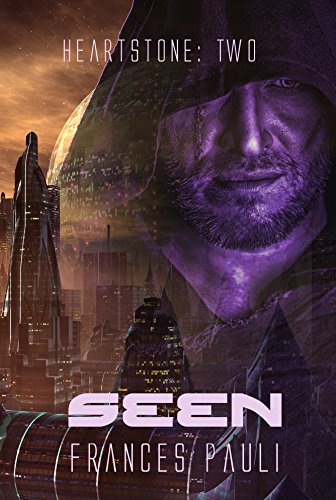 The sequel to Shrouded picks up pretty much where Shrouded left off with more of the Princes and their stories. And adds in even more wonderful aliens and sigh-worthy romances and forbidden loves.

Another full five-stars and PG for less swearing but more fistfights.