Movie binge time again at my house. The Netflix DVD option may be my downfall. But since we rarely make it to the movie theater and it takes forever to get the movies on Netflix streaming, if ever, so ordering DVDs works for me. Up this week: "Cowboys and Aliens" and "Home." 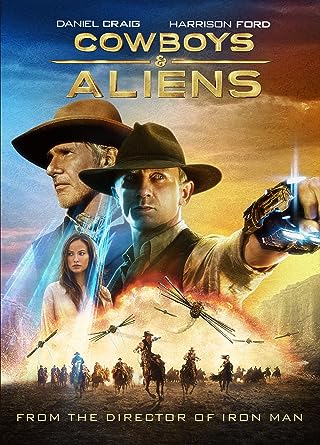 Cowboys and Aliens was a huge disappointment. It had Daniel Craig and Harrison Ford. It had cowboys. And aliens. And explosions. But even with all that, I can sum it up in one word: Boring. Everything was grim and dirty. Everyone was grim and Serious. Notice the capital S. They were all Serious. It was like the entire cast was constipated and needed a truckload of prunes so they could loosen up and have fun. Daniel Craig looked old and angry. Harrison Ford looked older and angrier. The movie should have been fun. But it wasn't. It was painfully boring. You don't have to be silly to have fun, but when the actors look like they're sitting on porcupines covered in napalm the entire movie, it's just sad to watch. And boring. Porcupines covered in napalm would have made the movie so much better.

Another nitpick of mine: Why are these aliens who are supposedly advanced enough and intelligent enough to travel between stars always naked and always just roar and growl? Why do they kill people with giant claws when they have all sorts of cool tech and weapons at their disposal? They don't have to be human or humanoid, but PLEASE, for the love of Pete, make them more than just rampaging monsters. Or else have a really good explanation WHY they have the brains of rabid squirrels but can still fly spaceships.

Cowboys and Aliens was a huge bust for me. I give it a giant tomato and raspberry. If I want to watch grouchy old men fight things in the wild, I'll watch "Up." At least he was a likable old grump. 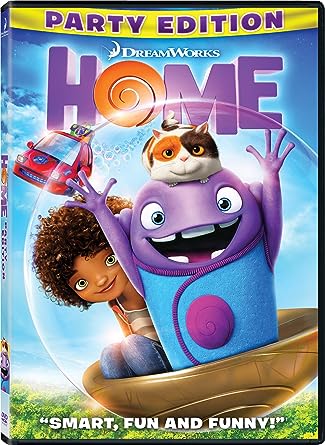 "Home" was highly entertaining. The story is really predictable and childish and in-your-face with the moral, but the characters were so much fun that I didn't mind. There are some really funny one-liners, too. The aliens were childish, but very believable. Smart but very stupid at the same time. Like small children. Or the Paklids at the space center. For an animated kids' movie, I thoroughly enjoyed it as an adult. It wasn't dark and dismal and depressing, and no one was Serious, at all. I laughed, and yes, I cried a couple of times. I cared about the characters. I wanted to take them home and make them my friends. That's when you know a story is successful, when the audience makes that emotional connection with your characters.

I give "Home" an A. It's definitely finding a place in my movie collection.